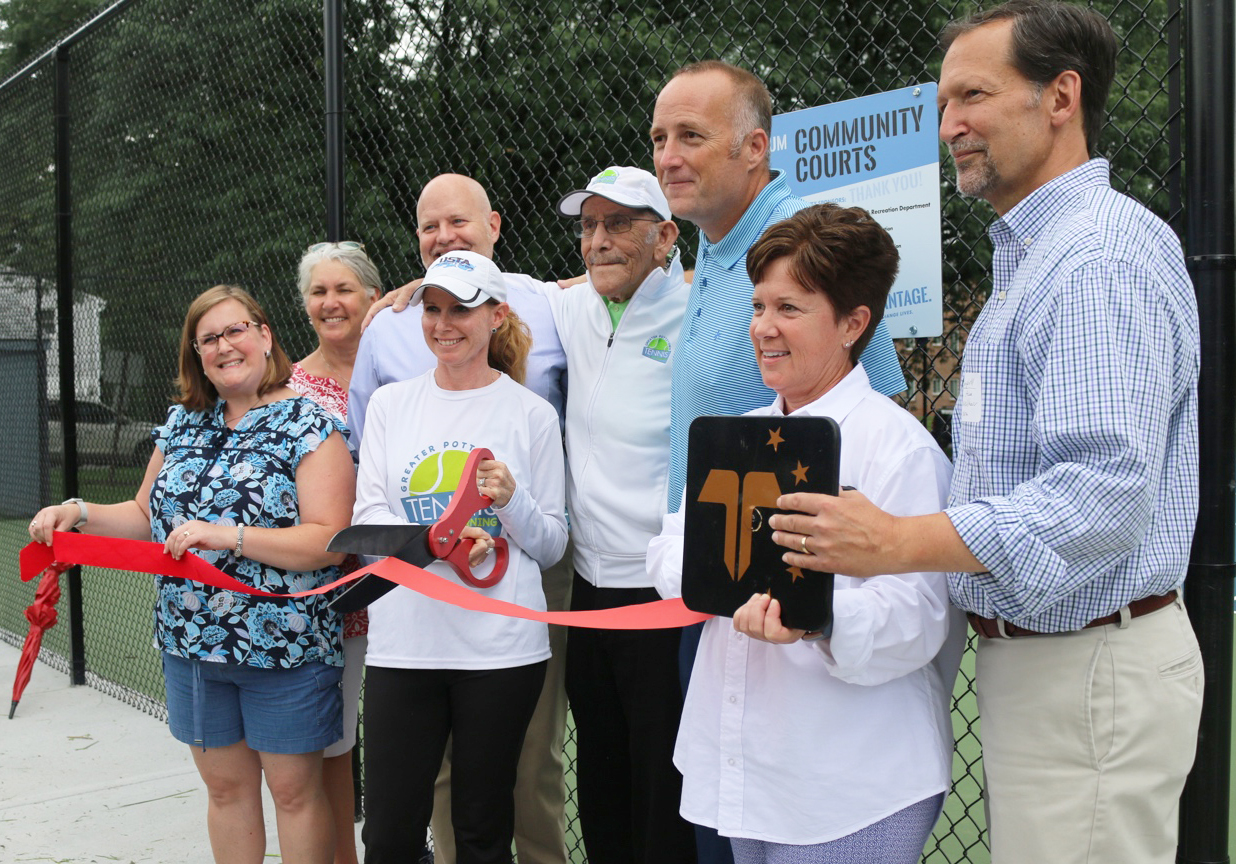 Greater Pottstown Tennis and Learning honored its founding father by naming the new courts at the Maple Street Park in Pottstown the Jim Corum Community Courts at an official ribbon cutting and NETworking event on July 23, hosted by the TriCounty Chamber of Commerce.

Corum started tennis programs in the public parks in Pottstown in the early 1990’s and was instrumental in advocating for tennis instruction for under-served youth. Corum was active on the board of the USTA Middle States as Chair of the Multicultural Participation Committee.

“I could have never dreamed that the little community organization I founded in the early 1990’s would have ever grown into the national organization it is today.” said, Corum, 91.

The park revitalization effort is an excellent example of community development through tennis, combining both national and local funds to transform a public park.

Corum started it all by reaching out to Pottstown families and offering his services on the courts as coach and mentor. The community tennis association that he founded in the 1990’s is now an Elite USTA National Junior Tennis & Learning non-profit 501 (c) 3 directly supported by the USTA Foundation as part of a nationwide network of 350 non-profit tennis organizations bringing tennis and education together to change lives in under-resourced areas throughout the United States.

For ways to support the mission of mentoring life skills, healthy behaviors and learning through tennis, visit www.GreaterPottstownTennis.org