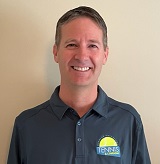 Corey Bowlin joined GPTL in February of 2022. He has over 25 years in the tennis industry as a teaching professional, head pro and director of tennis. Most recently, Corey was at Frog Hollow Racquet Club in Lansdale for the past 11 years. While there he was a tennis professional, director of tennis and managed the pro shop. Corey also worked for a tennis management company (Peter Burwash International) where he managed all levels of tennis programs and was able to travel and teach in the Caribbean. He also was the director of tennis for 5 years at Palmas del Mar, the largest tennis facility in the Caribbean. Since living in Pennsylvania, Corey has been a volunteer coach with Special Olympics tennis and basketball. For the past school season, he has also been a volunteer coach at Upper Perk Valley for the girls and boys high school teams. Corey is looking forward to being part of the GPTL community and helping grow the great game of tennis.
Email: corey@gptltennis.org 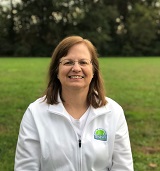 Maryellen Wilson joined GPTL in 2009.  As Director of Administrative Services, she manages administrative and support operations that include bookkeeping, accounts receivable, registrations, email marketing, website content and Leagues organization.  Maryellen has over 50 years of tennis playing experience and has PTR Certifications for Adult Development and 10 and Under Tennis.  Maryellen is a graduate of the University of Delaware and played four years of Division I Varsity tennis for the Blue Hens earning MVP honors.  For several years, Maryellen coached the Pottsgrove High School Boys’ and Girls’ tennis teams.
Email: maryellen@gptltennis.org 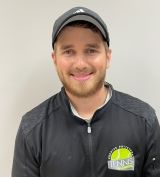 Brandon Miller is a PTR Level 1 Certified Coach and has been teaching tennis since 2015. He began his tennis career in 2013 playing for the Owen J. Roberts High School team and has regularly played and coached in GPTL junior clinics, camps, and leagues all throughout high school and into college. Brandon played four years of Men’s Varsity Tennis at Millersville University and received a degree in Sports Medicine. He then started teaching tennis full time and is also the assistant tennis coach at Owen J Roberts High School.
Email: brandon@gptltennis.org 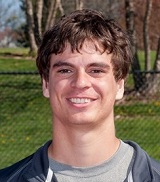 Andrew Wilson has coached for GPTL since 2010.  He has PTR Certifications for 11 to 17 and 10 and Under Tennis.  Andrew is a graduate of Lebanon Valley College where he played four years of Division III Men’s Varsity tennis and was a MAC Academic Honor Roll recipient.  He has competed in USTA sanctioned junior and adult tournaments and was MVP for the Boyertown Area Senior High School Varsity tennis team. 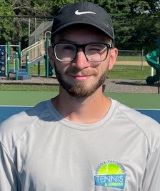 Cameron Whitelock joined GPTL in 2021 to give back to the community and promote more local players. He has been an avid player and fan of the sport ever since his early teens wherein he picked up his first racquet. Within a year Cameron was already helping other players learn for the first time as an assistant to the Owen J Roberts High School coach. Equipped with a PTR Level 1 Coaching Certification and a hearty resolve, he is committed to sharing the joy of tennis with the next generation of players. 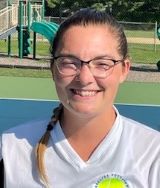 Julia Fialkowski has been coaching tennis with GPTL since 2021 and absolutely loves it. She has her PTR Level 1 Coaching Certification and a passion for coaching younger children. Being a part of GPTL has allowed Julia to combine her love of tennis and bringing that enthusiasm to the players in our programs. Besides coaching tennis, she plays in leagues and gets on the court to hit whenever possible. Julia is in the process of getting her degree to become a Physical Education teacher.